Close to Bucharest, between the Bucharest-Pitesti highway and the road to Targoviste, the Potlogi Brancoveanu Palace reopened its gates for art lovers. The ensemble was reintroduced into the tourist circuit in the summer of 2016, after extensive restoration works with European funds.

The palace datesfrom 1698 when the former ruler constructed this palace, a princely court for the great son and heir of the throne – Constantine. The ruler commissioned a trusted governor, his second minister – Mihai Corbeanu, who had courtyards at Corbii Mari – steward of the works of construction of the new palace. Subsequently, the court is raised to the rank of the princely dynasty court, and the counselor Radu Greceanu, the official chronicler of the ruler, noted in July 1698, “his royal head in Bucharest was no longer sitting, but he got up to go to Potlogi, to see his houses being raised there”.

The construction was completed extremely quickly, within a year. Brânconveanu used the edifice as a stopover on his way to Târgovişte or Bucharest, staying overnight after having a feast which lasted a few hours at this domain. The palace was devastated by the Turkish army in 1714, after the decapitation of the ruler, in their desire to find the fortune inside. In modern times, the walls barely stood until they were rebuilt.

Brâncoveanu style, recognized in our country as an architectural approach, has survived over the centuries. Born as a synthesis between tradition and modernity, this style is a link between medieval, oriental and baroque architecture. If the Byzantine style is especially found in churches, for Brâncoveanu palaces (such as Mogosoaia), and especially in Potlogi, the oriental decoration is modeled in the inner and outer stucco.

The structure of the palace

The architectural ensemble is housed in thick walls, with generous archways passing from one area to another. As you go through the massive wooden gates, you step into the reception yard that offers a wide view of the palace. On the right there is a simple structure with a ground plus one floor decorated in wood that suggests monks’ cells. This is the Servant’s House, here were the rooms of the keepers. In the future, it will become a over night stop for tourists.

Cuhnia is the kitchen – located on the right of the entrance, at an appreciable distance from the palace to prevent the danger of fire.

Droșcăria – The workshop for making and repairing carriages rises to the left of the main entrance. Both cuhnia and droscaria were discovered archaeologically, being rebuilt. The old house is actually a new building that served as a resting place. The back of the palace houses the garden of the palace and a lake; at a side there is the church which is the first built by Brancoveanu.

The trip by car from Bucharest takes less than an hour.

The guide and the stories were told by a history professor.

How to get there: map. 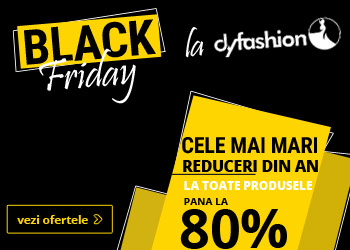